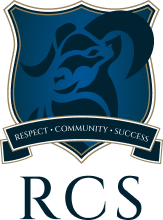 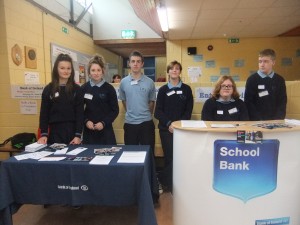 On the 8th of October 2014, the transition year students got the opportunity to visit the Bank of Ireland, New Ross after hours. This was a great opportunity as the students got the chance to look around the entire bank including the parts that they wouldn’t normally see and that are out of bounds to customers.

We arrived at the bank at 4:45pm where we were greeted by the bank workers. The first thing we did was look at the money which they had taken from the safe and found out how much was in each pile. We then had to find the forgery note out of five €20 notes and we learned how to tell if a note is a forgery.

We were then split into two groups for a tour of the bank. The first place we went to was in behind the customer service desk where we got to see the safes where they keep the money and the machine which counts the money. Here we learned that the glass on the customer service desk is bullet proof in case it is shot at and that they can only keep a certain amount of money at a time in the safe in behind that desk.

The next place we went to was where the money is counted and where the day safes were for the money during the day. Here we learned that while a staff member is carrying or counting money they should always have another person with them just in case some money is missing. If they are on their own then they will more than likely get the blame for the money being missing but if there is another person with them then there is a witness to say that the money was already missing.

After we had seen that we were able to look at the CCTV cameras to see how well the place was being watched in all the different parts of the bank. We then went into the vault where the money is locked away. The vault was fire proof and the walls were very thick in case of fires or robberies. The safe inside is also concrete on the outside so the money which is put in the vault is very secure. All the safes also have very good alarm systems.

We also got to see where all the deeds for houses and other paperwork were kept and then we got to look at the back of the ATM and learned how it actually worked. In the bank they also have a pipe which transfers money from one part of the bank to the other because it is too dangerous to carry money across the floor. Also each staff member cannot do anything at the same time each day just in case they are being watched, so this makes it a lot safer for them.

After the tour ended we were shown how to fill out the form for applying for a student credit card and also how to fill out a check. We then learned about mortgages and how to use the online banking. After we had finished we had some refreshments before leaving again at 6:15pm.

All the students enjoyed their visit to the bank as they found it very interesting and they learned a lot from the experience.