They stayed with host families for the 4 days and took part in various workshops, activities and trips with the different delegates from around Europe.

The countries that participated in the conference were Ireland, Czech Republic, Belgium, Norway, The Netherlands, Italy, Turkey and Germany.

On the first day they began their workshops which were music, filming and dance. This was in preparation for their presentation evening which was on the 24th  . For the presentation, each country had to prepare a powerpoint about their own country, and each delegation had to prepare a dessert from their country for the evening.

They went on a boat journey on the river Rhine where they saw the industrial area of Duisburg. They also went to Landschaft park which was an old industrial area that has been converted into a park. At night all the machinery is lit up.

They met the mayor of Duisburg and also featured in the local newspaper . They met so many other people from different countries. They all enjoyed Germany very much and  would love to attend something like this again. 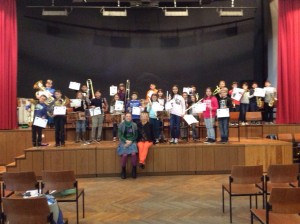 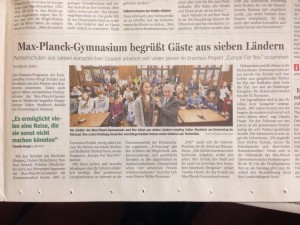 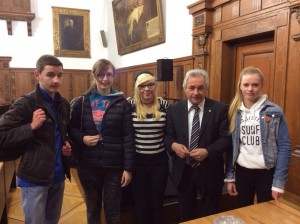 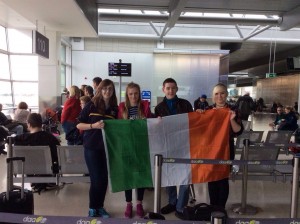